Blade Fat Burner – Is It Safe To Take?

Blade is a natural fat burner made by Blue Star Nutraceuticals. Its claims are quite simple – To Increase fat burning, boost energy and improve focus.

We Discovered Two Potentially Fatal Ingredients In Its Formula 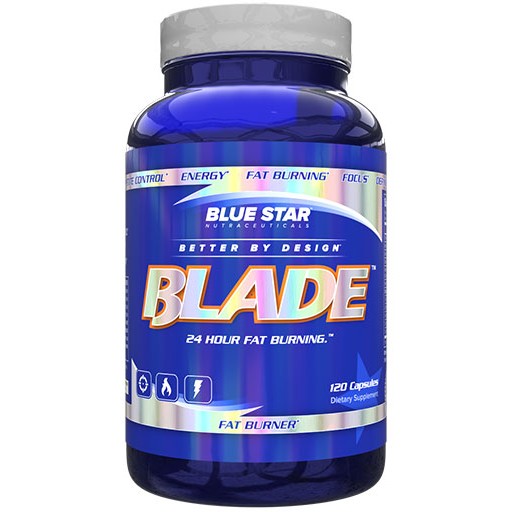 The makers are partially open about whats in their formula. We know that it includes: 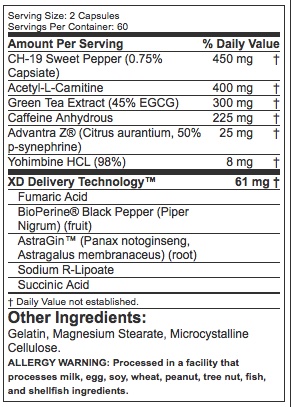 How To Take Blue Star Blade

The makers suggest that you start with 1 capsule per day to assess your tolerance to the high level of stimulants.

If you are ok, then increase to 2 capsules in the morning immediately on waking and a further 2 capsules mid afternoon.

Always take with a glass of water, and DO NOT TAKE within 5 hours of bedtime, as this could disrupt sleep

What Do Other Users Say?

Looking elsewhere we found a few on Amazon, that were decidedly luke warm. No damning reports but at the same time, no one was blown away by the results.

Bodybuilding[dot]com also had a small number of reviews, with the majority being positive but none were really that encouraging.

Looks like the Jury is well and truly out on this one.

Two of the ingredients are known to cause side effects. Synephrine (citrus aurantium) has been linked to headaches, dizziness and nausea.

Larger doses have also been linked to heart problems, strokes and hypertension

Even more worrying is the inclusion of Yohimbe in the mix…

We understand that it has been banned in some countries outside the US.

The FDA currently includes it on its dangerous ingredient list, largely due to its adverse side effects that can include hypertension, anxiety, and stomach problems.

At larger doses, it has also been linked to renal failure and cardiac arrest.

Blue star Blade is also produced in a factory where seafood, nuts, wheat and other potential allergens are present, so may not be suitable for anybody with food allergies.

Where To Buy Blue Star Blade

The official website is always a good place to start, its also available from Amazon and bodybuilding[dot]com

Prices range around the $70 mark for 120 capsules (at maximum dose, sufficient for 30 days)

Does Blue Star Blade Come with Any cash Back Guarantee

There is no evidence of any cash back guarantees.

With user testimonials hard to find, its hard to judge on feedback alone. In these cases we turn to the formula to determine just how good or bad this product is.

Sweet Pepper – a weaker form of cayenne, which does offer some decent fat burning properties. Its natural heat helps to boost the bodies metabolism, which in turn increases the natural fat burning processes. This is called Thermogenesis. At 450mg per serving, its not a bad inclusion.

Acetyl L Carnitine – At correct doses, this has been found to help boost energy levels. Studies put effective doses at 500mg and above. With just 400mg in Blade, it’s slightly underpowered.

Green Tea – Proven to be a great thermogenic and also a highly effective antioxidant. It helps to increase production of the fat burning hormone called norepinephrine. At 300mg per serving its ok, but could do with more to really make a difference.

Caffeine Anhydrous  – Proven to give your body an energy boost.

Not suitable for anybody with an intolerance to stimulants, as it can cause restlessness, the shakes and problem sleeping. 225mg will prove too much for some users.

Citrus Aurantium (Synephrine) – Commonly used as a direct replacement for the now banned ephedra. Thought to help burn fat and boost energy levels but there is a distinct lack of clinical proof.

When combined with caffeine it can cause some questionable side effects which would always put us off taking anything containing it.

Yohimbe – Thought to be highly effective at burning fat when taken in the correct doses, but the risks surrounding this ingredient far outweigh any benefits. Many countries have banned it, and although it is technically legal to buy in the US, the FDA do include it in their dangerous ingredient list.

One To Avoid – Can cause potentially fatal side effects.

Looking At The Proprietary Blend We Find The Following:

Fumarate – has antioxidants that could be useful in the correct doses, but has no evidence of any fat burning properties.

The trouble is that the makers decision to hide the amounts of Fumarate and the other ingredients in this ‘blend’ makes it impossible to know if there is enough of any of the ingredients to have any effect whatsoever.

Squeezing 5 ingredients into a total of just 69mg is enough to confirm that there isn’t a lot of anything in the mix.

Sodium R-lipoate – Originally thought to reduce appetite in early animal studies, but recent animal trials have proven this unfounded, no human testing has been carried out.

Succinate – used to help control acidity in foods, might have possible digestive benefits, bt not any use as a fat burner

Astragin – A blend of Astralagus Membranaceus and Panax Notoginseng.

Both are popular in traditional eastern medicines.

There is virtually no clinical research that backs up their claimed benefits. (Panax is supposed to help boost blood flow and Astralagus is claimed to be an effective anti inflammatory ingredient.

Neither have any recognised fat burning benefits.

Bioperine – an extract of black pepper, used in many supplements as it is known to help speed absorption and enable more of each ingredient to get to where it needs to be (the bloodstream).

Not the worst fat burning supplement out there, but certainly far from the best.

However, given the big question marks over two of the ingredients, the high selling price and the lack of any guarantees, we have no choice but to recommend that you avoid Blade and instead look for other fat burners with a more proven formula, no dodgy ingredients and a cash back guarantee. 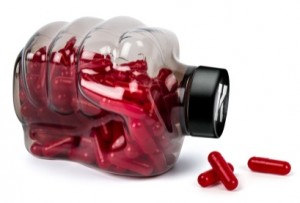 Just what makes Instant Knockout our recommended fat burner for men and women?

Could it be its safe, natural, clinically approved formula? Its impressive results? or its amazing 90 day cash back guarantee?

Read Our Full Review To Discover Just Why Instant Knockout Is The #1 Fat Burner For Men (and Women) who workout..

This site uses Akismet to reduce spam. Learn how your comment data is processed.


The information in this website is for advice and guidance only. It is based on my own intensive research and personal experiences, and is not intended in any way to replace professional medical advice, or to diagnose or treat any health conditions. All rights reserved.